The internal structure of precious opal makes it diffract light; depending on the conditions in which it formed, it can take on many colors. Precious opal ranges from clear through white, gray, red, orange, yellow, green, blue, magenta, rose, pink, slate, olive, brown, and black. Of these hues, the reds against black are the most rare, whereas white and greens are the most common. It varies in optical density from opaque to semitransparent.

Black opal is characterised by a dark body tone causing brightness of colour which is unmatched by lighter opals. Black Opals are usually mined in Lightning Ridge, New South Wales, and are the most famous, and sought-after type of opal. The term ‘black opal’ does not mean that the stone is completely black (a common mistake), it simply means the stone has a dark body tone in comparison to a white opal.

Australian black opals are the most valuable and widely known type of opal. Black opal is characterised by a dark body tone which can range from dark grey to jet black. (See the following chart). However this refers only to the general body tone of the stone, and is not related to the rainbow or spectral colours present in the opal. Some people expect a black opal to be completely black (in which case it would be completely worthless).

Also known as ‘milky opal’, white opal features light white body tones, and is mined in South Australia. White opal is more common and because of its body tone, generally does not show the colour as well as black opal. Nevertheless, white opals can still be absolutely magnificent in colour if a good quality stone is found.

Boulder opal forms on ironstone boulders in Queensland. This type of opal is often cut with the ironstone left on the back, as the opal seam is usually quite thin. Leaving the ironstone on the back means that boulder opal can be very dark and beautiful in colour. The opal forms within the cavities of the boulders in both vertical and horizontal cracks. Boulders vary in shape and size, from as small as a pea, to as big as a family car. Boulder Opal has a tendency to cleave; when cleaved the “split” leaves two faces of opal, with a naturally polished face.

Recommended For You  Priscillagrewite : New mineral named in honor of renowned Nebraska geologist

Is a transparent to translucent opal, with warm body colors of yellow to orange to red. Although it does not usually show any play of color, occasionally a stone will exhibit bright green flashes. The most famous source of fire opals is the state of Querétaro in Mexico; these opals are commonly called Mexican fire opals. Fire opals that do not show play of color are sometimes referred to as jelly opals. Mexican opals are sometimes cut in their ryholitic host material if it is hard enough to allow cutting and polishing. This type of Mexican opal is referred to as a Cantera opal. Also, a type of opal from Mexico, referred to as Mexican water opal, is a colorless opal which exhibits either a bluish or golden internal sheen. 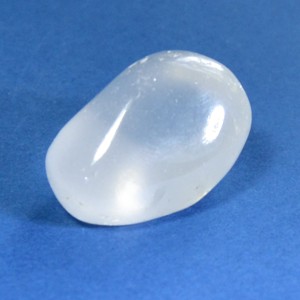 Is a term sometimes mistakenly and improperly used to refer to fire opals, as well as a type of transparent to semitransparent type milky quartz from Madagascar which displays an asterism, or star effect, when cut properly. However, the true girasol opal is a type of hyalite opal that exhibits a bluish glow or sheen that follows the light source around. It is not a play of color as seen in precious opal, but rather an effect from microscopic inclusions. It is also sometimes referred to as water opal, too, when it is from Mexico. The two most notable locations of this type of opal are Oregon and Mexico.

Recommended For You  How Do Crystals Form & Grow? 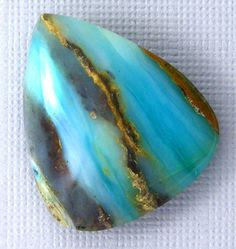 Is a semiopaque to opaque blue-green stone found in Peru, which is often cut to include the matrix in the more opaque stones. It does not display pleochroism. Blue opal also comes from Oregon in the Owhyee region, as well as from Nevada around Virgin Valley.

More Info about Opal : What Is Opal?