Many factors related to warming will conspire to raise the planet’s oceans over coming decades — thermal expansion of the world’s oceans, melting of snow and ice worldwide, and the collapse of massive ice sheets.

But there are a few potential brakes. One was supposed to be heavier snowfall over the vast continent of Antarctica. Warmer air will hold more moisture and thus generate more snow to fall inland and slightly rebuild the glacier, according to climate model projections.

Not so fast, says a University of Washington study published in Geophysical Research Letters, a journal of the American Geophysical Union. The authors looked at evidence from the West Antarctic Ice Sheet Divide ice core to get a first clear look at how the continent’s snowfall has varied over 31,000 years.

“It’s allowed us to look at the snow accumulation back in time in much more detail than we’ve been able to do with any other deep ice core in Antarctica,” said lead author T.J. Fudge, a UW postdoctoral researcher in Earth and space sciences. “We show that warmer temperatures and snowfall sometimes go together, but often they don’t.”

For example, the record includes periods before 8,000 years ago, as Earth was coming out of its last ice age, when the air temperature went up by several degrees without any boost in the amount of snowfall.

“Our results make it clear that we cannot have confidence in projections of future snowfall over Antarctica under global warming,” said co-author Eric Steig, a UW professor of Earth and space sciences.

The plateau of East Antarctica, the site of most previous ice cores, is relatively high and dry. About 80 percent of the continent’s precipitation falls on the lower, stormier edges, like where this core was drilled in 2006-2011. (To prepare scientists for conditions during a West Antarctic snowstorm, Fudge notes, researchers had to practice navigating outside with a bucket over their heads.) The 2.1-mile, or 3.5-kilometer, ice core preserves climate history in enough detail to show individual snow years.

Many climate models predict that warming temperatures will mean more snow in Antarctica in the future. When more snow falls inland at the upper edge of the flowing ice sheet, it counteracts mass lost to melting or calving at the edges. This extra snowfall would reverse 2 to 4 centimeters, or about 1 inch, of global sea-level rise by 2100, researchers said.

“It’s not a huge component,” Fudge acknowledges, “but if you live close to sea level, centimeters certainly matter.”

The new study, however, shows that temperature is an unreliable predictor of Antarctic snowfall.

“Depending on what part of the record you look at, you can draw different conclusions,” Fudge said. “During some of the more abrupt climate changes, from when we had ice sheets to our current climate state, there’s actually no relationship between temperature and snowfall.”

The large variation seen in the historical record probably reflects shifts in atmospheric patterns and how storm tracks reach Antarctica, Fudge said. Research is increasingly showing that winds play a big role in Antarctic temperature, sea ice and weather patterns, especially on shorter timescales, and that the gale-force winds that whip around the continent are connected to weather patterns in the tropics.

The snowfall record may help to understand how winds affect Antarctic weather, and how atmospheric connections with the tropics influence the amount of relatively warm ocean water that laps at the frozen continent’s edge.

“By getting models to better capture the variability in our snowfall record, we actually will get a better idea of how the warm ocean is going to interact with the ice sheets at the edge, and those will have an even bigger impact on sea level, eventually,” Fudge said. 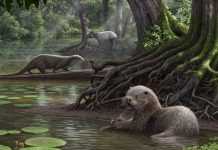 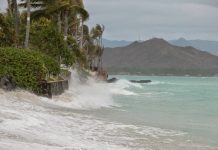 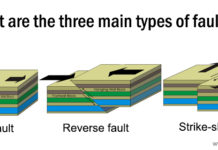 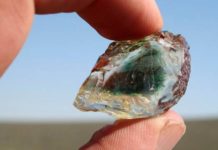