Bunbury beachgoers may be unsettled to learn that the refreshing, blue stretch of water off the port city was preceded by a huge lava flow almost as large as WA itself and several kilometres thick in places.

All that is left of these ancient scenes at Back Beach, Capel and Black Point in the South West are bizarre black rock columns—known as Bunbury Basalt—which are now mostly submerged under the Indian Ocean.

While the lava flows are no surprise to Curtin University geologists their latest research suggest the lava that created Bunbury Basalt actually came from a deep rift in the Earth’s crust.

This is opposed to the conventional theory that a single volcano in the region was responsible for the lava flow.

The volcano was thought to have been caused by a “magma pocket” or weakening of the crust as it passed over a hot spot in the Earth’s mantle.

Associate Professor Fred Jourdan bases the updated explanation on a new date for the rocks, 137 million years before present, which is seven million years earlier than previously thought.

This date coincides with India’s separation from the West Australian coast when the supercontinent Gondwana broke up.

At this point in time the magmatic pocket would have been too far away to have created a volcano near present day Bunbury.

They reached their conclusion after dating rocks they collected near Bunbury and several Geoscience Australia samples from Heard and Kerguelen Islands in the Indian Ocean.

They crushed the samples and extracted the mineral plagioclase which they sent to be irradiated in a nuclear reactor.

When it returned they measured the decay of potassium into argon in the mass spectrometer at Curtin University’s Argon Laboratory.

Potassium decays into argon, Prof Jourdan says, allowing researchers to date given geological events by measuring the proportions of Argon 39 and Argon 40 in a sample.

He said this “Argon-Argon” method works by heating the sample with a LASER, releasing the argon which is then measured on the mass spectrometer.

As a result they are able to attribute the giant basalt plane to a 137 million-year-old lava flow.

Why then did the lava form what appears to be millions of tall basalt columns in modern day Bunbury, packed tightly together?

A/Prof Jourdan says the lava cooled rapidly when exposed to the atmosphere similar to how mud shrinks and cracks on contact with the air. 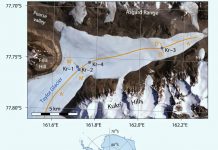 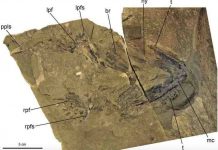 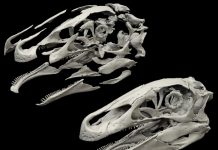