In the Puerto Rican rain forest, a strong storm can drop a meter of rain in a single day. All that water rushes into mountain rivers and causes a torrent as the water overflows the riverbanks and charges downstream.

It seems intuitive that the force of so much water would lead to massive erosion of a riverbed. But according to a new study by University of Pennsylvania researchers, that intuition is incorrect.

The work, published in the journal Science, shows that, though extreme precipitation events can greatly increase the amount of water traveling through a river, large storms only move about 50 percent more sediment than a typical rainfall. The overall contribution of these intense rainfalls to erosion, therefore, is smaller than might be expected.

With climate change expected to bring more intense precipitation in many regions of the globe, the findings indicate that, while these extreme rainfall events may at first lead to more flooding, river channels may rapidly increase their size to accommodate the flow.

“Our work suggests that river channels may set the speed limit on erosion,” said Douglas J. Jerolmack, associate professor in Penn’s Department of Earth and Environmental Science in the School of Arts & Sciences. “We showed that the forces of the biggest flood events were really only incrementally larger than the moderate events because river channels adjust their size to be close to the so-called ‘threshold of motion,’ or the force required to move particles on the riverbed.”

The research was conducted by Jerolmack and his former graduate student Colin Phillips. Phillips is now a postdoctoral researcher at the University of Minnesota.

The work began with an investigation of the Mameyes River in the Luquillo Critical Zone Observatory in northeastern Puerto Rico, where flash floods are common. The researchers set out to determine how often and how far particles on the riverbed moved in response to rainfall. They placed RFID tags inside 350 grapefruit-sized cobbles on the riverbed and then checked on their location after numerous rains during the course of two years. They also monitored the force of the river water using a United States Geological Survey stream gage near their study site.

They found that rainfall events strong enough to move the cobbles occurred about 20 times a year. But, though the heaviest rainfalls could increase the river discharge 100-fold, these storms moved the tracers only moderately farther than a more typical rain.

Surprised by their findings on the Mameyes, Phillips and Jerolmack set out to determine whether the same would be true of rivers generally. To do so, they gathered USGS data from 186 rivers for which they had information on the width, depth and sediment type of the river and records of the river discharge through time.

Analyzing these data, they confirmed that, for rivers transporting gravel-sized and larger coarse material, flows exceeding the threshold of motion were rare.

While some rivers experience flows at the threshold of motion many times per year and others only once every few years, the scientists found a repeating pattern for flows above threshold.

“Not only did we find that they were very rare but that the distribution of forces that exceed the critical force to move particles was the same for all of the rivers that we looked at,” Jerolmack said.

The reason for this commonality, according to the researchers, is that the width and depth of river channels adjust to keep the forces of water flow near the threshold of motion.

“The argument is that, if the sediment transport rate during a flood was too high,” Jerolmack said, “the river bank would erode and the channel would widen. If the channel widened, then the depth of the flow would drop and that would bring the force on the river bed back down. There is this regulation mechanism that ensures the river channel is just the size it needs to be.”

As many landscape models have operated under the assumption that more variable rainfall equates with more erosion, the findings will likely trigger a new look at the connection between climate change and landscape change.

“Any time you can find something general and common in the messy world out there, it’s a useful finding,” Jerolmack said. “It allows us to simplify our models for predicting river erosion and its response to climate.”

While these results apply to rivers with gravel and larger-sized particles, the researchers hope to extend their work to determine the properties that govern erosion by rivers that have sand and mud, which may be different. 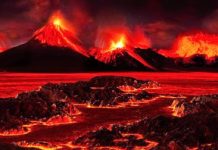 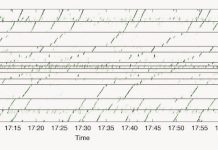