January’s magnitude 7.1 Iniskin earthquake that shook the Cook Inlet region of Alaska was an unusual event, one that has seismologists in the area reconsidering the potential hazard from such quakes.

Unlike most of the large earthquakes that occur in shallow crust at the edge of the subducting Pacific Plate in this area, this earthquake happened at an unusual depth of about 123 kilometers below the surface, within the subducted portion of the Pacific Plate. Although the earthquake was felt throughout mainland Alaska, there were only minor amounts of damage from ground shaking.

“Had this earthquake actually occurred shallowly beneath Anchorage or someplace else like that, the ground shaking would have been ten times stronger,” says Alaska state seismologist Michael West of the University of Alaska Fairbanks.

West and colleagues will present new information about the Iniskin earthquake at a session at the Seismological Society of America’s (SSA) 2016 Annual Meeting, held April 20-22 in Reno, Nevada. The special session was added to the meeting’s agenda in the wake of the January 24 event.

The earthquake is the strongest one recorded to date by the extensive network of seismic stations around Anchorage, including seismic stations installed a few months before the quake as part of the EarthScope USArray project. USArray is a 15-year program to place portable and permanent seismographs across the continental United States.

The Iniskin earthquake is classified as an intermediate-depth earthquake, taking place well below the level expected for most large subduction zone earthquakes. These big earthquakes usually take place within the top 30 to 40 kilometers of the crust, West says, where tectonic plates grind against each other before the subducting plate completes its dive toward the mantle.

“Once that plate is down in the mantle, it isn’t rubbing against something else,” West says. “It’s under tremendous pressure and heat, and it may undergo little pops and creaks as it contorts itself. But there isn’t some massive fault down there.”

The Iniskin event means that seismologists need to revise their estimates of the maximum possible intermediate-depth earthquakes in the area, which could affect future hazard risk estimates in southern Alaska. West cautions, however, that the public and policymakers shouldn’t assume that local infrastructure can withstand future magnitude 7 earthquakes with only the minimal damage seen during the Iniskin quake.

“The truth is that nobody was there to feel the actual brunt of this earthquake. Even if you were standing on the earth directly on top of it, you were still 120 kilometers away from it,” West notes.

At the SSA meeting, seismologists will present data on how several buildings in Anchorage and a Cook Inlet bridge fared during the earthquake, as well as new information about how the earthquake ground motion was affected by the types of sedimentary deposits in and around Anchorage, the state’s largest city.

Recommended For You  Researchers test smartphones for crowdsourced earthquake warning 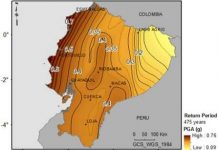 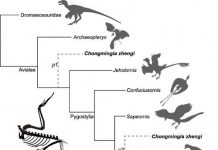 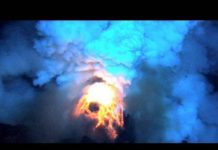